He very humbly says he doesn’t consider himself a hero, but after hearing his story, there is no other way to think of him.

Josh Speakman 1W9, a project engineer for CBG Building Co. in Washington, D.C., was working on the exterior of an apartment building his company is constructing in North Eastern D.C. on a day of extreme rain on Sept 10.

The rain was coming down very heavily with more water pouring out of sewer pipes. In a very short time there was one foot of water. The pressure flowing through the sewer was so great that it blew man hole covers into the air.

The road nearby became flooded and some of the barrels and traffic cones belonging to CBG were floating away so Speakman went out into the water to retrieve them. 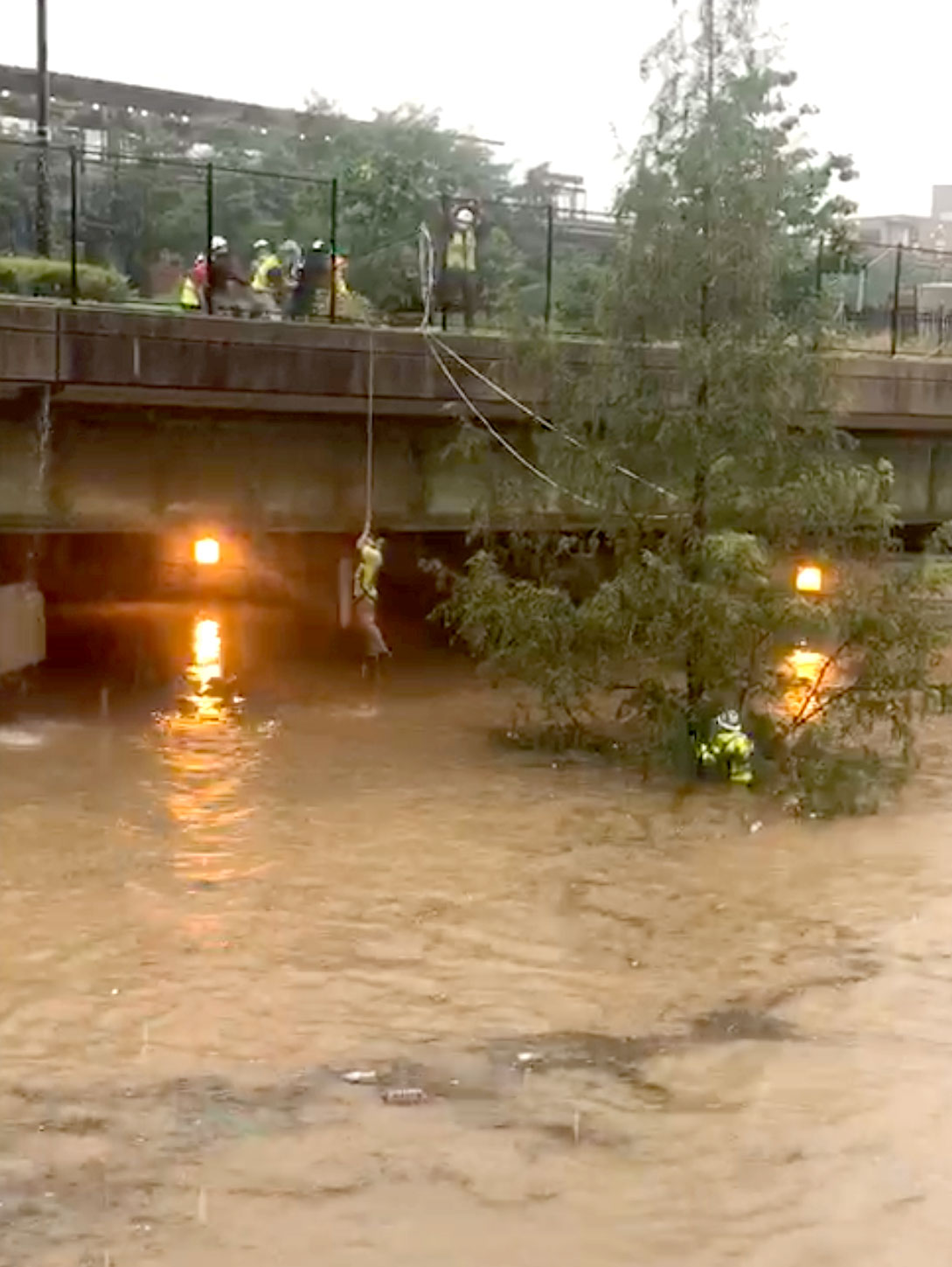 Soon, the water was waist deep when he spotted a man walking in the water. Speakman called to him and said what are you doing? The man said his car was in the flooded water and he was not going to leave without it.

The water continued rising so quickly that the man could no longer walk so he grabbed a pipe connected to a nearby metro bridge.

Speakman saw the situation and acted instantly, wading through the deep water to him.

“When I got to him, he looked really scared,” Speakman said. “I could see fear in his face. He said he didn’t know how to swim and I realized it was up to me to save him. At that point, I was hit with the fight or flight syndrome and decided to fight even though I was really scared and wasn’t sure how it would turn out.”

By then the water was almost six feet deep and still rising. The man climbed on Speakman’s back and he began paddling them both to safety.

It looked like they might not make it when the water pressure took them both under water, but Speakman managed to get them back to the surface. He then paddled 40 feet to a tree that was close to the bridge and they both climbed up the tree. They were safely out of the water, but were stuck.

Because the man was a construction worker, he had a harness on his back. About ten people were watching from the bridge and lowered a rope. Speakman tied the rope to the man’s harness and they pulled him up and then lowered the rope again and pulled him up.

By the end of the ordeal, the water was eight feet deep.

Speakman said, “The first thought I had at the beginning is that my mom is going to be mad at me for doing this. But that man would not have made it if I hadn’t rescued him. I didn’t think about the situation a lot, I just reacted and went to him because I was raised to help people. I don’t feel like a hero. I want to say that people think they are invincible, but they are not. I was scared and thought I might not make it. It was very traumatic. I feel lucky that I was able to make a difference and help someone. I would definitely do it again.”

Speakman has looked for the man since that day with no luck, but is going to keep looking for him.

When his mother heard of his courageous act, she was upset, but said over and over how proud she is of him.

Listen to Mike Rounds, President at Williamson College of the [...]

Corey Jackson 0W3, Williamson’s vice president of operations, is a [...]

Twelve members of the Class of 2W0 were inducted into [...]

The Passing of Former Board Member Robert L. Stahl 5W6

We regret to inform the Williamson community of the passing [...]